How do hurricanes affect coastal and ocean life?

Hurricanes can radically affect marine ecosystems, changing seafloor habitats as well as levels of oxygen, salinity, and pollution in the water.

Hurricanes are tropical cyclones that produce strong winds and heavy thunderstorms. Using the National Oceanic and Atmospheric Administration’s Saffir-Simpson Hurricane Wind Scale, winds during a category one hurricane (the lowest/least severe of the scale) can range between 74 - 95 mph. Winds from a category five hurricane (the highest on the scale) can be as strong as 157 mph. Hurricanes release an enormous amount of energy through wind and the formation of clouds and rain. A typical hurricane can release up to 300 terawatts of energy, with just 25% of that being wind.1

We often only think about how hurricanes impact life on land, but they also radically affect marine ecosystems, changing everything from seafloor habitats to oxygen and salinity levels in the water. These effects may also be compounded after a hurricane reaches land as pollutants and other foreign substances wash from homes, roads, and buildings into the water.

How hurricanes affect coastal and ocean life depends on several factors, such as how much energy it releases, the frequency of hurricanes impacting the area, and whether the marine area is populated by highly mobile sea creatures (like fishes), slower-moving organisms (like sea stars) or ocean floor-bound life (like coral).

Dr. Carolina Bastidas, a marine biologist at MIT Sea Grant who studies how humans impact marine ecosystems, says that force is the biggest factor that determines a hurricane’s impact. Force defines how hard a hurricane hits and at what depth sea life is impacted. For example, category one hurricanes may only wreak havoc on shallow-dwelling species, Bastidas says, many of which migrate to deeper waters or flee the area before a hurricane hits. But category four or five hurricanes can rip miles of vegetation, sometimes permanently, from the seafloor, upending all sea life that relies on it.

Coral reefs are one of the ecosystems that are of particular interest in the context of hurricanes. Besides supporting biodiversity, they help to protect shorelines from storms and erosion. Different coral reefs can be impacted by hurricanes in different ways.  For example, coral reefs off the coast of St. John, the smallest of the U.S. Virgin Islands, declined 1-4% after Hurricanes Maria and Irma. Because of the island’s geographic location in a hurricane pathway, degraded coral reef communities have adapted and made themselves more resistant to severe storms.

Hurricanes also affect water quality for marine life. Hurricanes bring a lot of rain, which can both lower the salinity and oxygen levels of marine ecosystems, as well as introduce foreign substances (like oil, fertilizers, and debris) that run off from the land. Even excess soil can have an impact. “Any organism that needs to photosynthesize would be diminished in abundance because light penetration will be less,” says Bastidas. Also, filter-feeding organisms, like sponges and krill, both of which are crucial to sustaining coastal marine ecosystems, have to spend more energy trying to remove influxes of nutrients and particulate matter.

Bastidas added that hurricanes can affect whether, and how quickly, marine ecosystems recover. For example, some corals reproduce rapidly through asexual processes called budding and fragmentation, whereas others rely only on slower sexual mechanisms which involve releasing gametes or larvae into the water and require other corals nearby. Hurricanes can severely disrupt this delicate reproduction process, preventing corals—and the myriad species that rely on them—from regrowing. And corals, unlike fishes, can’t pick up and move. The same challenges ripple through other species, Bastidas added. Algae, especially species that calcify, often grow very slowly, meaning that a single hurricane upending these algal systems can have long-lasting, wide-reaching impacts on their associated food chain. “It will take years, sometimes decades, for the abundance of these organisms to restore fully after a hurricane,” says Bastidas.

The role of climate change

How hurricanes impact coastal and marine life is also changing over time. Warmer global temperatures caused by climate change have increased how severe hurricanes have become. Taking steps to slow or stop human-caused global warming—like drastically reducing greenhouse gas emissions—is vital to helping marine ecosystems in the long term, Bastidas says. In the shorter term, protecting some especially vulnerable marine ecosystems or transplanting key species to protected areas could help them reproduce faster and “help them start the recovery phase in a safe way,” she adds.

Thank you to Jill Gardner of Lawrence, Kansas for the question. You can submit your own question to Ask MIT Climate here. 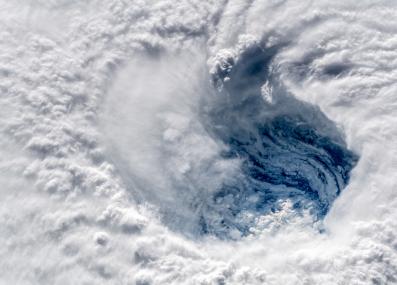 Hurricanes are intense tropical cyclones. These storms are becoming stronger as climate change warms the oceans. 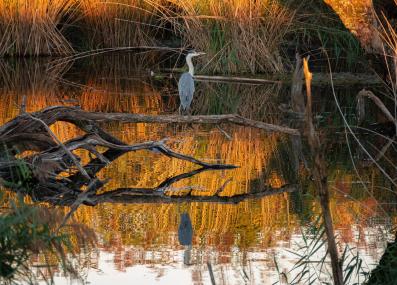 Coastal ecosystems, formed by plants that can thrive in saltwater, are especially good at storing carbon because of the thick, rich layers of soil they build up. 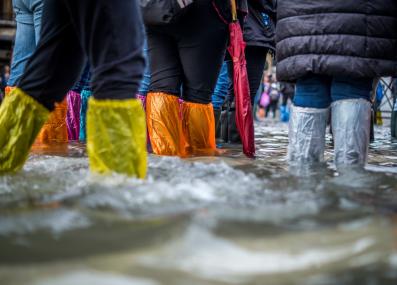 Sea levels around the world are rising because of climate change, as warming ocean waters and melting ice cause the oceans to encroach on the world's coasts.
View All

No—because modern weather forecasts use atmospheric physics instead of historical data, they should be reliable even in a world with a changing climate.
Keep Reading

How will coastal residents first experience the effects of sea level rise?