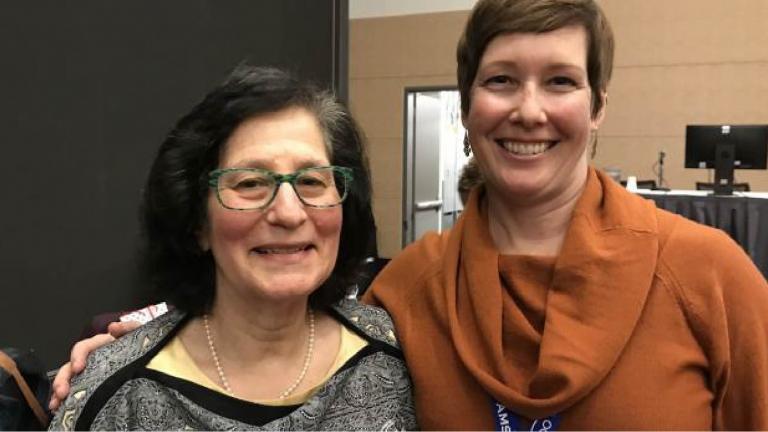 In 1982, scientists discovered global thinning of the protective ozone layer around Earth and a massive hole in it above Antarctica threatening Earth with dangerous levels of UV radiation. Now, it is widespread knowledge that the ozone hole was caused by production of chlorofluorocarbons (CFCs) – used in refrigerants, solvents, propellants and foam-blowing agents – that react in the atmosphere to breakdown ozone. But at the time, no one knew this.

Susan Solomon, now a Lee and Geraldine Martin Professor of Environmental Studies at MIT’s Department of Earth, Atmospheric and Planetary Sciences (EAPS), and her colleagues at NOAA, were the first to propose that CFCs were the cause of ozone depletion, and, in 1986,  Solomon led a research expedition to Antarctica to confirm it. Her discovery ultimately resulted in world governments agreeing to phase out CFC manufacturing. As a result, the ozone hole is slowly getting smaller, and in 2019, NASA declared that the hole was the smallest it had been since it was first detected.

“Susan really did something remarkable…getting into this really intense problem, which is what’s happening to ozone. Susan’s contribution really brought it to the forefront. The chemistry that we [now] understand quite well as far as ozone depletion, Susan really pioneered that,” said Daniel Gilford PhD ‘18 of Rutgers Earth System Science & Policy Lab, kicking off a daylong symposium honoring Solomon for this and other accomplishments at the 100th American Meteorological Society (AMS) Conference in Boston, MA this month. Symposium speakers identified Solomon’s key contributions to the field, addressed contemporary topics in atmospheric sciences, and discussed future challenges around climate change and lessons from history.

Solomon’s ozone research was “absolutely first-class work that gave us an understanding of ozone depletion really quickly,” said John Pyle of the University of Cambridge National Centre for Atmospheric Science. Her team found that CFC byproducts — chlorine nitrate and hydrochloric acid — react on the surfaces of Antarctic clouds to create chlorine gas. UV radiation splits the gas into chlorine radicals which then bind with oxygen atoms in ozone, pulling the molecules apart. Solomon communicated her findings both to the scientific community and to diplomats and representatives who organized the Montreal Protocol in 1987 – the first worldwide agreement to phase out CFC emissions.

Solomon is “a great scientist,” Pyle commented, “but more than that, she’s been excellent at putting that science into policy.”

The initial reductions agreed upon were not sufficient to resolve the ozone hole problem caused by related halocarbons. Solomon’s work helped again to lay the foundation for the two amendments: the London Protocol in 1990 and the Copenhagen Protocol in 1992. “When you look at the Montreal protocol, [the Copenhagen Protocol] is the really important amendment. This really controlled these chlorine and brominated gases,” said Paul Newman of Earth Sciences at NASA's Goddard Space Flight Center. “This is the thing that actually solved ozone depletion. And of course, Susan was there to write those clear, definitive statements that said man-made gases are causing the ozone hole.”

Continuing improvements in modeling and observations have expanded scientific understanding of the ozone hole and other atmospheric phenomenon. Jessica Neu PhD ’01, now at Jet Propulsion Laboratory, described challenges inherent in monitoring the status of the ozone hole because of naturally occurring fluctuations in ozone levels. She presented research quantifying the effects of these fluctuations to help scientists identify the portion of ozone fluctuation caused by human behavior. She also credited Solomon for inspiring her career as an atmospheric scientist, when, as a child, she saw a picture of Solomon in an article about the ozone hole. “It was the first time I had seen a woman scientist in action…and I thought ‘Hey that could be me.’ And that was really the beginning of my career as an atmospheric scientist.”

While Solomon is best known for her research on the ozone hole, she has also worked extensively on identifying the anthropogenic factors involved in climate change, which is considered the next frontier for atmospheric scientists. “Warming of the climate system is unequivocal,” Solomon asserted while co-chairing the first Working Group of the Intergovernmental Panel on Climate Change (IPCC) Fourth Assessment Report from 2002-2008.

Solomon’s influence extends to other contemporary research efforts on the effects of changing atmospheric conditions, like those on weather systems, as well as relationships within the scientific community. MIT Cecil & Ida Green Professor of Atmospheric Science Kerry Emanuel’s collaboration with Solomon demonstrated that more layers of the atmosphere than were previously considered are involved in the development of tropical cyclones. Emanuel said that cooling in the stratosphere and tropical tropopause can increase the intensity of tropical cyclones, and that cooling may be caused by ozone depletion and atmospheric circulation changes. David W. J. Thompson of the Department of Atmospheric Science at Colorado State University, who also described the impact of climate change on tropical storm systems, said that his scientific work was informed by Solomon’s discoveries. Further, her contributions as a mentor and role model to himself and many others were widely felt.

“I’m inspired, Susan, by so many things,” said Thompson, addressing her directly. “The creativity, the generosity of spirit, a real gut feeling for what’s important and just this extraordinary level of integrity in all of your work and also personal interactions, that has just sort of set the bar for me in my work.”

To help ensure that early career women in the atmospheric sciences have opportunities and role models like this, Solomon and MIT Professor of Physical Oceanography Paola Malanotte-Rizzoli along with Clara Deser and Peggy LeMone from NCAR established the AMS Women in Science Fund.

In the final talk, Solomon recalled the beauty of her Antarctic field site, the exhaustive demands of policy work, and the inspirational people she encountered along the way. “[Studying atmospheric science] led me to a community of people, a community of colleagues, and scholars who have worked so very hard to do good things for our science and our planet. And it’s just been an incredible experience,” she said.

Following the symposium was a poster session in which graduate students and researchers presented their work in atmospheric science and policy, as well as an honorary banquet.

The day after, Emanuel hosted an MIT EAPS reception in Solomon’s honor that was attended by EAPS faculty, students, alumni and friends. Kasturi Shah, a third year EAPS graduate student, and Gilford spoke warmly of their mentor and their experience of working in her group. Emanuel also thanked all those who support EAPS philanthropically and recognized Peter A. Gilman SM '64, PhD ’66 for his recent gift to kick off a new endowment fund that will be an investment in the future of earth, atmospheric and planetary sciences at MIT.

Story Image: Solomon with Jessica Neu PhD ’01, who spoke fondly of being in 7th grade and seeing pictures of Solomon in the Antarctic in her science class. It was the first time she realized women could do that kind of work. (Credit: courtesy of Susan Solomon) 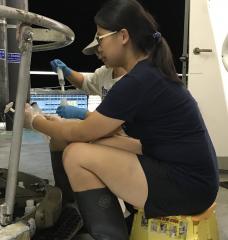 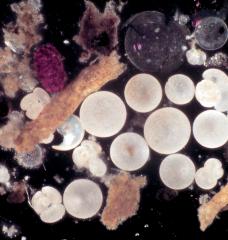 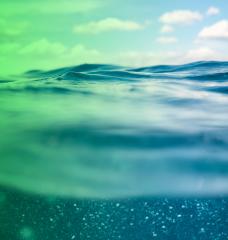 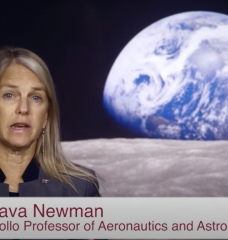