How are gases in the atmosphere analyzed and measured?

By shining different kinds of light and radiation through air samples, scientists can tell which gases are absorbing or reacting to that light, and in what amounts.

Scientists regularly measure the gases that make up our atmosphere. They need this data not only to model and predict climate change, but also to track substances that contribute to pollution and other air quality issues. So how do researchers get this information?

The main way scientists measure greenhouse gases in the atmosphere is spectroscopy, says Jesse Kroll, an MIT professor of chemical engineering and civil engineering who specializes in atmospheric composition. A tried-and-true technique in many branches of science, spectroscopy involves shining electromagnetic radiation—which might be visible light, infrared or ultraviolet light, or other types of radiation like x-rays or microwaves—through a sample and studying the effects.

This works because all atoms and molecules absorb and emit light at particular wavelengths. These absorption patterns can be used as a kind of chemical fingerprint: by measuring how much radiation a sample absorbs, and at what particular wavelength, scientists can determine which substances are present and in what amounts.

To study the makeup of the atmosphere, scientists collect some air in a container and then shine what looks like a laser through the sample. When measuring the heat-trapping greenhouse gases that are causing climate change, such as carbon dioxide and methane, the "laser's" beam is made of infrared light, which has a slightly longer wavelength than the visible light our eyes can see.

“The reason these are greenhouse gases is because they absorb infrared,” Kroll says, meaning they trap heat energy that would otherwise leave the Earth as infrared light. “And you can use that absorption to measure them.”

Scientists can’t measure these gases just anywhere, though. Consider the concentration of carbon dioxide (CO2) in our atmosphere, which is one of the most important statistics for understanding climate change. Carbon dioxide is “well-mixed” into the atmosphere, Kroll says, meaning its concentration is more or less consistent around the world. However, measuring too close to any major source of CO2, such as a forest fire, a factory, or the gasoline-burning cars driving around a city, would skew the data. For this reason, scientists continuously measure the average level of CO2 in the atmosphere by sampling the air at several remote sites around the world, including one atop the Hawaiian volcano Mauna Loa. This site has tracked the level of carbon dioxide in the atmosphere since the 1950s. “That’s the longest record of CO2 [in the atmosphere] we have going,” Kroll says.

The invention of satellites has offered atmospheric scientists a new way to track gases. Satellites use the same spectroscopic principles but on a grander scale: they can beam light down toward the surface of the planet, providing measurements of gases like CO2 in the entire column of air that the beam travels through. Such satellite measurements improve the overall picture of Earth’s atmosphere, Kroll says. For example, NASA’s Orbiting Carbon Observatory (OCO-2) satellite can track the carbon sources within a particular region. This data is also useful for environmental justice research, such as finding neighborhoods within a city that have the highest local concentrations of pollutants.

The last piece of this puzzle is the past. Without evidence of how abundant greenhouse gases were throughout Earth’s history, scientists would lack context for the current climate crisis. Fortunately, researchers can use techniques such as ice cores to reconstruct the ancient atmosphere.1 The ice found in glaciers in Greenland and Antarctica froze long ago, capturing bubbles of gas as it did. These air bubbles can tell researchers about the makeup of the atmosphere hundreds or thousands of years ago. Together with other historical evidence, this tells scientists that today’s levels of CO2 are the highest they have been in several million years.2

Thank you to Will Lane and his students in Gettysburg, Pennsylvania, for the question. You can submit your own question to Ask MIT Climate here.

1 National Oceanic and Atmospheric Administration. Picture Climate: What Can We Learn from Ice? Accessed October 18, 2021. 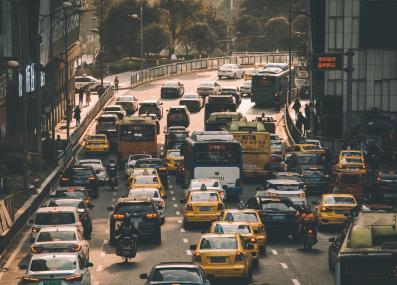 Greenhouse gases are gases—like carbon dioxide, methane, and nitrous oxide—that keep the Earth warmer than it would be without them. 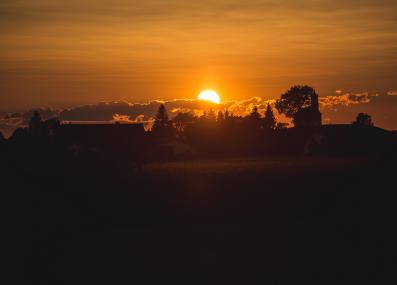 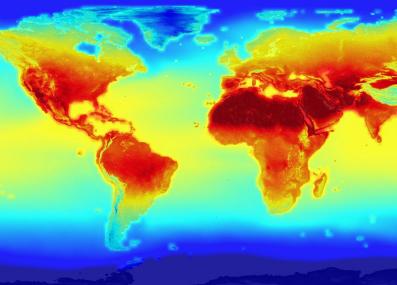 Climate models are computer programs that simulate weather patterns over time. Scientists use these models to predict how the climate might change in the future.
View All

How Many New Trees Would We Need to Offset Our Carbon Emissions?

Because of the complexity of the carbon cycle, the answer is not obvious. What is obvious, MIT experts say, is that we should not only plant more trees but also put much more effort into protecting existing forests.
Keep Reading

Can We Cool the Earth by Covering More of It with Snow?

More snow cover could reflect more sunlight back into space. But tinkering with the climate is not something to be taken lightly.
Keep Reading

How will future warming and CO2 emissions influence oxygen concentrations?

Oxygen levels are declining due to the burning of fossil fuels and other kinds of pollution. While the decline won’t directly affect humans in terms of the air we breathe, certain ecosystems are much more impacted, especially aquatic ones.
Keep Reading

How much carbon dioxide does the Earth naturally absorb?

The planet naturally releases and absorbs far more carbon dioxide than humans emit by burning fossil fuels. The problem is that human activities have thrown the Earth’s carbon cycle out of balance.
Keep Reading