The Wolf of Washington 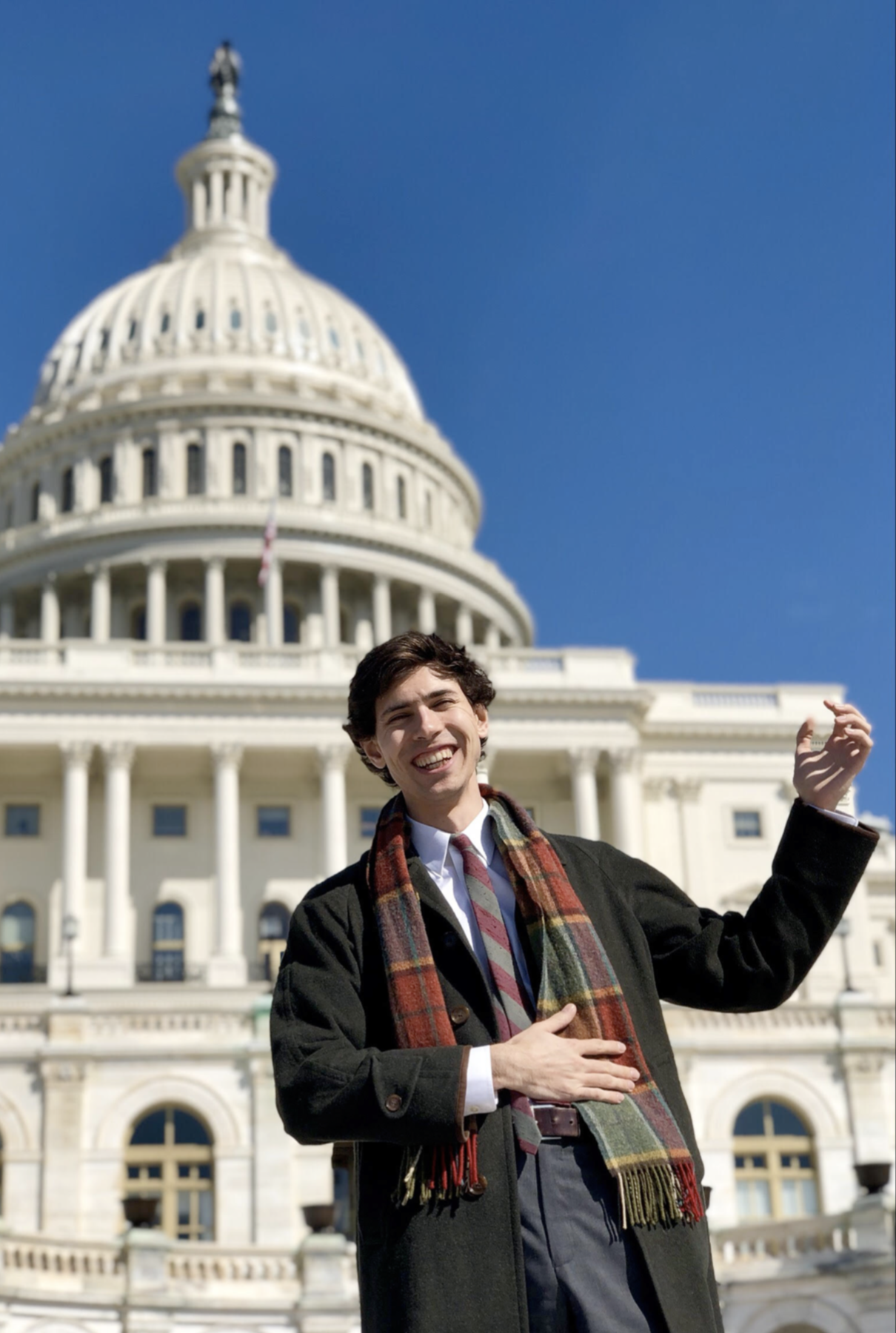 The 2019 Catalyzing Advocacy in Science and Engineering (CASE) workshop, hosted by the AAAS in Washington D.C., opened with a stern warning. “There are two things you should never see being made,” the first speaker conveyed: “laws and sausage.” The room filled with the laughter of 200 young students of science, yet not one took this message to heart. As a graduate student in the MIT Department of Earth, Atmospheric and Planetary Sciences, fellow scientists and I know well enough that while we could choose to be vegetarian, we can never avoid the impact that legislation will have on our scientific careers and research.

The workshop was an opportunity to advocate for effective science policy and present our research to policymakers. My own research seeks to understand how clouds are changing due to air pollution and climate change. When humans emit particles into the atmosphere, they change the way clouds precipitate and reflect sunlight back out towards space. The Earth is a complicated test tube, though. It turns out that human activity also releases gases that react with sunlight to form particles, which then affect clouds in the same way that primary particle emissions do. 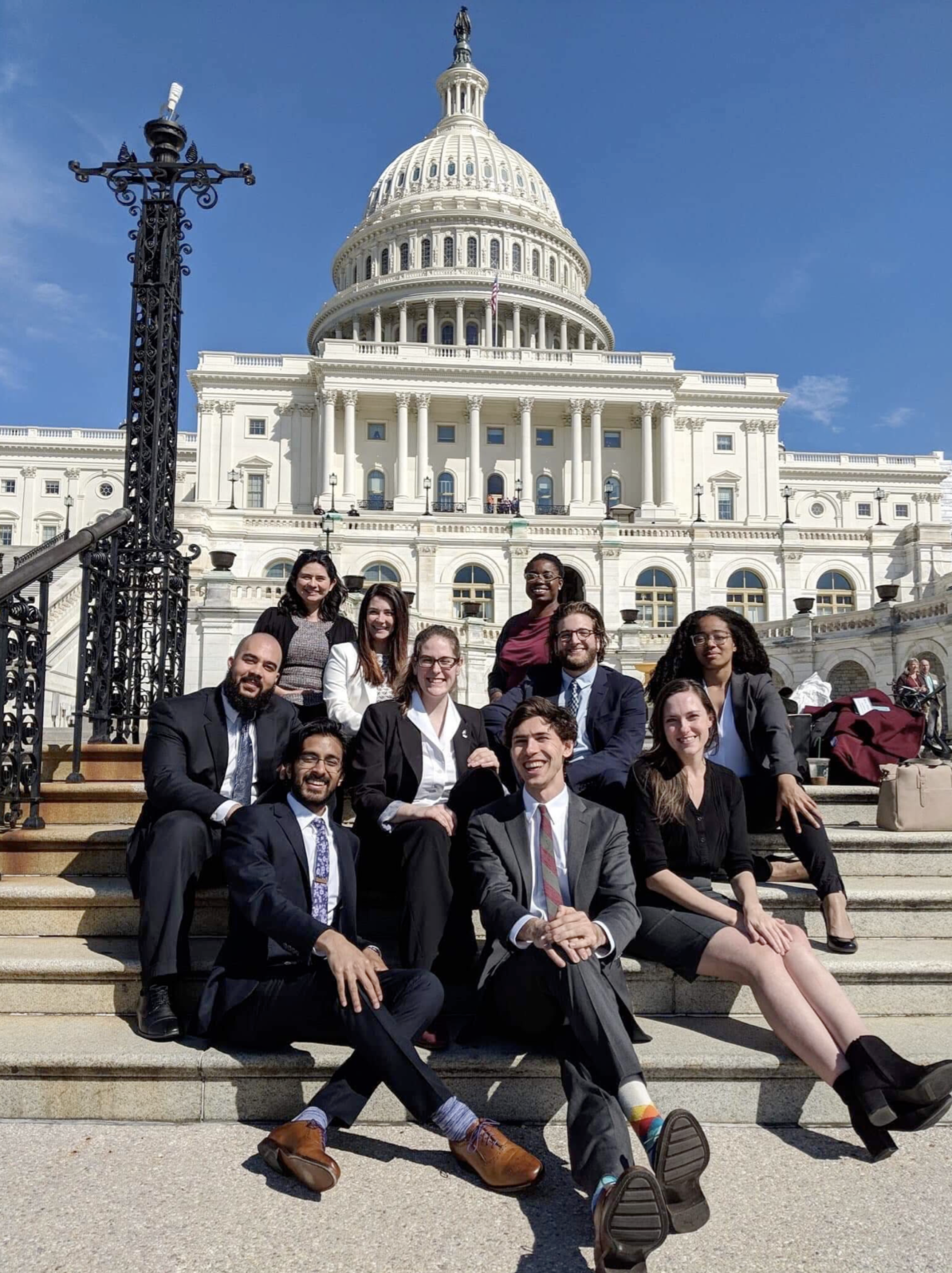 I presented this research to congressional representatives, including Senators Elizabeth Warren, Ed Markey, and Charles Schumer. My policy proposals to curb these gas and particle emissions were warmly received by the science advisors of these offices; many of whom were participants of past CASE workshops. One specific recommendation was to ratify the Kigali Amendment to the Montreal Protocol. This would not only curb emissions of some of the most powerful greenhouse gases ever created, but also provide incentives for industries to adopt cleaner refrigerant gases that do not react to increase particulate matter in the atmosphere. Surprisingly, this proposal has strong bipartisan support, and is advocated by climate scientists and public health experts alike. I was joined by three other passionate and engaging MIT students in the health sciences: Jordan Harrod, Bianca Lepe, and Rohil Verma. These students provided insight how policy to reduce particulate emissions would improve human respiratory health in addition to its environmental benefits.

The CASE workshop was a valuable experience to learn how I could apply my training as a scientist after graduation. We heard from several PhDs who now work as congressional staffers and science advisors. Their testimonials confirmed that “science” is more a way of thinking than a body of knowledge. Each claimed their ability to approach a problem with an open mind and formulate evidence-based solutions was invaluable. Many speakers, though, missed feeling like an expert. Those who thrive on Capitol Hill are generalists. Breadth is gained at the expense of specialties, and great diversity of projects is the hallmark of a representative engaged with their constituency. One staffer lamented: “I ask only the relevant questions, not necessarily the interesting ones.” Another spoke about how research and legislation are both painstaking processes with many failures. “Of the roughly 10,000 bills introduced each congress,” one speaker cautioned, “only a few hundred will become law.”

Yet each speaker also conveyed a refreshing confidence that their work made a real difference in people’s lives. Their scientific background helps them to scrutinize the legislative docket, strengthen bills that are shortsighted, and speak out against ones unfounded in facts. With luck, my research, and perhaps even my policy proposals, will one day have a similarly positive impact on our Nation’s environments and its people’s welfare.