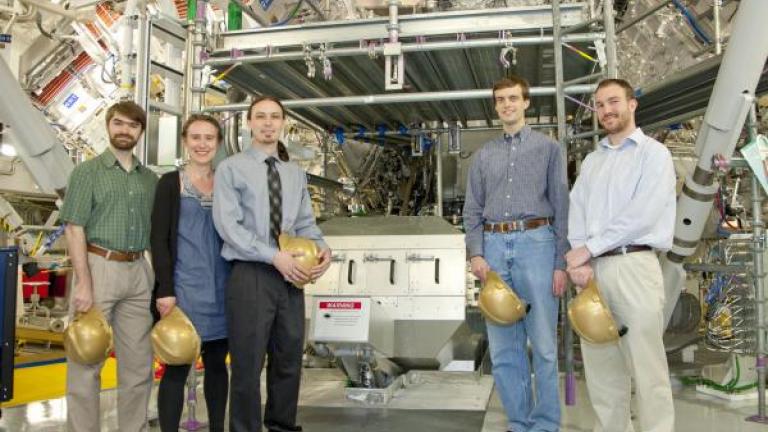 On August 8, 2021, researchers at the National Ignition Facility (NIF), Lawrence Livermore National Laboratory (LLNL), used 192 laser beams to illuminate the insides of a tiny gold cylinder encapsulating a spherical capsule filled with deuterium-tritium fuel, as they have for many experiments for more than 10 years, in a quest to produce significant fusion energy. This time the ensuing implosion produced an historic fusion yield of 1.3 megajoules (MJ), putting researchers within reach of “ignition,” the point where the amount of fusion energy produced is greater than the energy put into the system. Over the past decades MIT’s Plasma Science and Fusion Center (PSFC) has contributed to the success of this inertial confinement fusion (ICF) experiment, providing about a dozen diagnostics, many implemented by MIT PhD students, critical to assessing the implosion performance. One of the most important of these systems is the Magnetic Recoil neutron Spectrometer (MRS).

Under the management of PSFC research scientist Maria Gatu Johnson since 2013, the MRS was originally designed and implemented on the NIF by Johan Frenje, who recently became Head of the PSFC’s High-Energy-Density Physics (HEDP) Division. The spectrometer has been used extensively for more than a decade to measure the neutron energy spectrum of the implosion, allowing researchers to determine the number of fusion reactions, temperature of the plasma, and how well the fuel is compressed in an implosion.

“The MRS data that Maria has provided to the program have been essential in identifying key issues with the implosions and for guiding the campaigns at the NIF towards the conditions required for ignition,” says Frenje. “

What makes the MRS critically important to the NIF is its ability to withstand and interpret the high neutron signal level of the implosion. Because the record shot on August 8 produced a fusion yield substantially higher than expected, many neutron spectrometers installed on the NIF became saturated by the signal, unable to provide accurate data. Because the MRS has a high dynamic range, it was able to provide high-quality data that will be crucial to the detailed assessment of the implosion performance.

This MRS spectrometer is also a critical part of MIT’s NNSA Center of Excellence (COE) that focuses on implementing and using advanced nuclear diagnostics and platforms for ICF and HED Physics at Omega, NIF, and Z.

“We are extremely excited for directly contributing to this remarkable achievement, which, we believe, will help us attract more talented students working in the fields of ICF and HEDP, one of the most important goals of our COE”, says Chikang Li, the Director of the MIT NNSA Center of Excellence.

“Achieving ignition in a laboratory remains one of the scientific grand challenges of this era and this result is a momentous step forward towards achieving that goal,” says Frenje. “It also enables the exploration of a fundamentally new regime that is extremely difficult to access experimentally, furthering our understanding of the processes of fusion ignition and burn, which is critical for validating and enhancing our simulation tools in support of the stockpile stewardship. In addition, the result is historic as it represents the culmination of many decades of hard work, innovation and ingenuity, team work on a large scale, and relentless focus on the ultimate goal.”

Since the first full-energy implosion experiment in 2010 the ICF program at the NIF has made substantial progress, improving the fusion yields by a factor of about 10,000, which resulted earlier this year in record yields over 150 kJ with two different types of implosion experiments.

Those results were the first indication that the ICF program has been moving into the regime where the implosion physics changes quickly and the ignition threshold could be within reach. The August 8 experiment represents an 8X improvement over the prior record and a fusion yield that puts the program within striking distance of the gain greater than unity. The result also shows that the yield originates from substantial amounts of alpha self-heating. This experiment built on advances and insights developed over many years, including advances in theory and simulation tools; new diagnostics; target-fabrication improvements in the hohlraum, capsule shell and fill tube; improved laser precision; and design changes to increase the energy coupled to the capsule and improve compression of the implosion. Collaborators who contributed to this success over decades include the MIT Plasma Science and Fusion Center, Los Alamos National Laboratory, Sandia National Laboratories, the University of Rochester’s Laboratory for Laser Energetics (LLE), and General Atomics.

“This significant advance was only made possible by the sustained support, dedication and hard work of a very large team over many decades,” says Mark Herrmann, the Program Director for NIF/WCI Integration Weapons and Complex Integration. “We particularly appreciate the steadfast partnership we've had with MIT in the area of nuclear measurements from the earliest days of the NIF. The independent measurements enabled by our partnership with MIT have given us unique insights into the extreme plasmas generated on the NIF and equally importantly, trained a cadre of students who've gone on to make a big impact on the ignition effort and the field of HED science.”

Among these students was Alex Zylstra (MIT PhD’15), now a physicist at LLNL and the experimental lead of this record implosion experiment.

Frenje is enthusiastic about the future of the program. “Looking ahead, access to this novel experimental regime opens doors to new avenues for research and provides ample opportunities to benchmark modeling used to understand the proximity to ignition. Plans for repeat experiments are well underway. This remarkable result is the first step into a very bright future of the HEDP and ICF programs.” 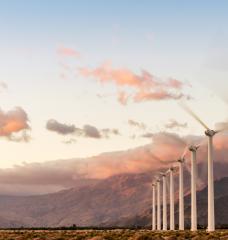 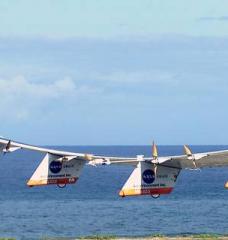 Seeing the plasma edge of fusion experiments in new ways with artificial in... 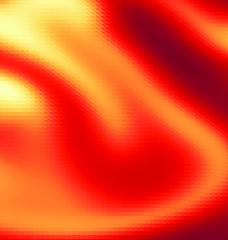 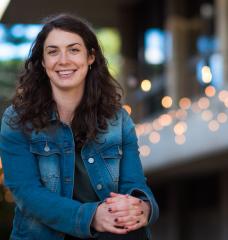