Caroline White-Nockleby: On the socio-environmental complexities of renewable energy 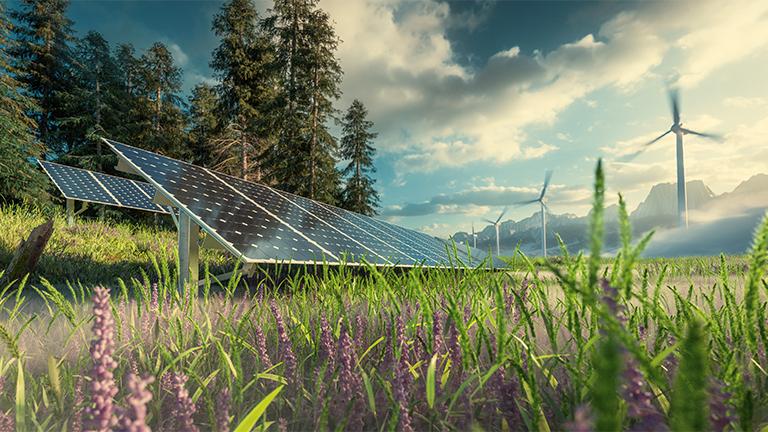 "Renewable energy must be collected, stored, and transported; it requires financing, metals extraction, and the processing of decommissioned materials. Energy access, mining, and waste deposition are material, geographically situated dynamics. Not everyone stands to benefit equally from renewable energy's potentials, and not everyone will be equally exposed to its socioenvironmental impacts."

In this ongoing series, MIT faculty, students, and alumni in the humanistic fields share perspectives that are significant for solving climate change and mitigating its myriad social and ecological impacts. Caroline White-Nockleby is a PhD student in the MIT SHASS doctoral program in History, Anthropology, and Science, Technology, and Society (HASTS). White-Nockleby's research centers on the shifting supply chains of renewable energy infrastructures. In particular, she is interested in the interfaces between policymaking, social dynamics, and technological innovations in the sourcing, manufacture, and implementation of energy storage technologies.

Q: How has research from the HASTS doctoral program shaped your understanding of global climate change and its myriad ecological and social impacts?

MIT HASTS alum Candis Callison (PhD '10), now an anthropologist and professor of journalism, wrote her first book, How Climate Change Comes to Matter (Duke University Press, 2014), about the different discursive frameworks — what she terms “vernaculars” — through which scientists, journalists, Indigenous communities, sustainable investment firms, and Evangelical Christian environmental organizations understand climate change. Through ethnographic research, Callison shows that although these understandings were grounded in a shared set of facts, each drew from different cultural and ethical frameworks. These variations could silo conversations, even as they illustrated the pluralities of the climate crisis by highlighting different challenges and compelling different actions.

HASTS faculty member and environmental historian Megan Black, an associate professor in the MIT History section, is currently researching the history of the first Landsat satellites launched in the 1970s. The technical capacities of Landsat’s visualization mechanisms were influenced by the political context of the Cold War. Black’s investigation has revealed, among other findings, that Landsat’s imaging devices were particularly well-suited to surfacing geological features and thus to minerals exploration, which was a key application of Landsat data in its inaugural decade. The historical context of the satellite’s initial design has thus shaped — and limited — the information accessible to the many investigations that today use early Landsat imagery as a vital indicator of decadal-scale environmental changes.

Climate change is not only a scientific and technological matter, but also a social, political, and historical one. It stems from centuries of uneven geographies of energy extraction and distribution; related historical and geographical processes today distribute climate vulnerabilities unevenly across places and people. The dimensions of today’s promising interventions have, in turn, been configured by past funding and research agendas — and the many technologies employed have a wide variety of implications for equity, ethics, and justice. The parameters of public opinion and policy debate on the nature and risks of climate change, as well as its conceivable solutions, are similarly shaped by sociohistorical contexts.

MIT's Program in History, Anthropology, Science, Technology and Society (HASTS), as the above examples illustrate, supports research that attends to the social and historical facets of climate change. Just as importantly, the HASTS program equips scholars with the tools to develop nuanced understandings of the scientific and technological mechanisms of its causes, impacts, and proposed solutions. Such technical and social attunement makes the MIT HASTS program well-situated — perhaps particularly so — to unravel the myriad social and ecological dimensions of the climate crisis. 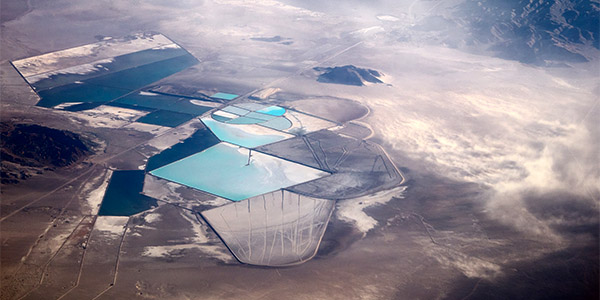 "Minimizing the localized burdens of renewable energy implementation will be complex....I’m still in the planning phase of my own research, but I hope it will help surface, and offer tools with which to think through, some of these socio-environmental complexities."

Q: Technology offers hope for addressing climate change, and it also presents challenges. The renewable energy industry, for example, relies on the mining of lithium and other metals — a process that is damaging to the environment. What has your research revealed about the trade-offs in efforts to combat climate change?

Renewable energy can sometimes be positioned as immaterial and inherently redistributive. In some sense these characterizations arise from physical qualities: the sun and wind don’t require extraction, won’t run out, and are distributed across space.

Yet renewable energy must be collected, stored, and transported; it requires financing, metals extraction, and the processing of decommissioned materials. Energy access, mining, and waste deposition are material, geographically situated dynamics. Not everyone stands to benefit equally from renewable energy's financial and environmental potentials, and not everyone will be equally exposed to its socioenvironmental impacts. The distribution of burdens is in some cases already mapping onto existing inequities in power and privilege, disproportionately impacting BIPOC [Black, Indigenous, and people of color] and low-income individuals, as well as communities in the Global South — often in locales also on the front lines of climate change or other forms of environmental injustice.

None of these challenges should stall renewable energy implementation; renewables are an absolutely crucial part of climate mitigation and can also increase climate resilience and reduce environmental contamination, among other co-benefits.

Moreover, neither the parameters of these challenges nor the potential interventions are clear-cut. Minerals extraction is key for many local economies. Different metals also have distinct environmental and social footprints. Cobalt mining, which takes place largely in the Democratic Republic of the Congo under environmentally and economically precarious conditions, poses different socioecological challenges than copper extraction, which takes place around the world, primarily at large scales via increasingly remote methods. Lithium, meanwhile, can be found in salt flats, igneous rocks, geothermal fluids, and clays, each of which requires different mining techniques.

Minimizing the localized burdens of renewable energy implementation will be complex. Here at MIT, researchers are working on technical approaches to develop less-intensive forms of mining, novel battery chemistries, robust energy storage technologies, recycling mechanisms, and policies to extend energy access. Just as important, I think, is understanding the historical processes through which the benefits and burdens of different energies have been distributed — and ensuring that the ethical frameworks by which current and future projects might be mapped and evaluated are sufficiently nuanced. I’m still in the planning phase of my own research, but I hope it will help surface, and offer tools with which to think through, some of these socioenvironmental complexities.

"Almost everyone I talked to highlighted the importance of being part of a community — of engaging in and through collaborative efforts. That’s what gives me hope as well: people working together to address climate change in ways that attend to both its scientific and its social complexities."

Q: In confronting an issue as formidable as climate change, what gives you hope?

In college I did an interview project to learn about collaborations between student environmental groups and a local church to address climate change.

Toward the end of each interview, I found myself coming back to the same question: What gives you energy in your work on climate change? What keeps you going? The question wasn’t strictly necessary for my project; I was asking, mostly, for myself. Climate change can be truly overwhelming, in part because it so dramatically dwarfs the scope, in space and in time, of a single human life. It is also complex — intertwined with so many different ways of knowing the world.

My interviewees gave different answers. Some told me they were careful to mentally segment the issue so as to keep “climate change,” as a paralyzing totality, from sapping a sense of purpose from their daily research or advocacy endeavors. Others I spoke with took the opposite approach, conceptually linking their own efforts — which could feel insufficiently quotidian — to a sense of the broader stakes. But almost everyone I talked to highlighted the importance of being part of a community — of engaging in and through collaborative efforts.

That’s what gives me hope as well: people working together to address climate change in ways that attend to both its scientific and its social complexities. Intersections between climate change and social justice like the Sunrise Movement or the Climate Justice Alliance give me hope. Climate-related collaborations are also happening all across MIT; I find the initiatives that have emerged from the Climate Grand Challenges process particularly inspirational. In STS, individuals such as HASTS alum Sara Wylie (PhD '11), who has researched the impacts of hydraulic fracturing, have built deep relationships with the communities they work within, leveraging their research to support relevant climate justice initiatives.

For my part, I’ve been energized by my involvement in a project led by MIT MLK scholar Luis G. Murillo [former minister of environment and sustainable development in Colombia] that convenes policymakers, community advocates, and researchers to advance initiatives that foment racial justice, conservation, climate mitigation, and peace.

How reliance on coal impacts county and school funding
​Story by ESI at MIT News about the ESI Here & Real program's collaborative research project to study the impact of declining coal production on the local tax base in one county in western Pennsylvania. White-Nockleby was the lead author on a recent white paper based on the research.

Black, Megan. “Prospecting the World: Landsat and the Search for Minerals in Space Age Globalization.” The Journal of American History 106, no. 1 (June 2019): 97.

Amity and Prosperity: One Family and the Fracturing of America
by Eliza Griswold (nonfiction)

The Whale and the Supercomputer: On the Northern Front of Climate Change
by Charles Wohlforth (nonfiction)

A Just(ice) Transition Is a Post-Extractive Transition: Centering the Extractive Frontier in Climate Justice, by the London Mining Network 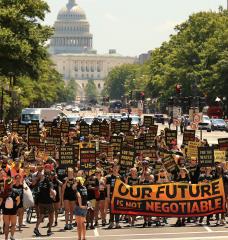 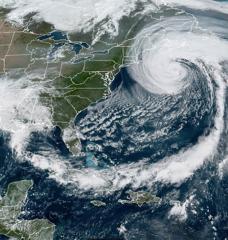 Carbon and the cloud 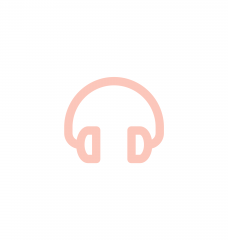 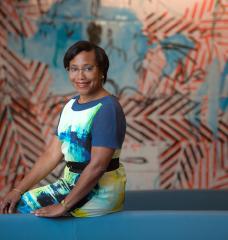